A Visual Guide to Monty Python and the Holy Grail 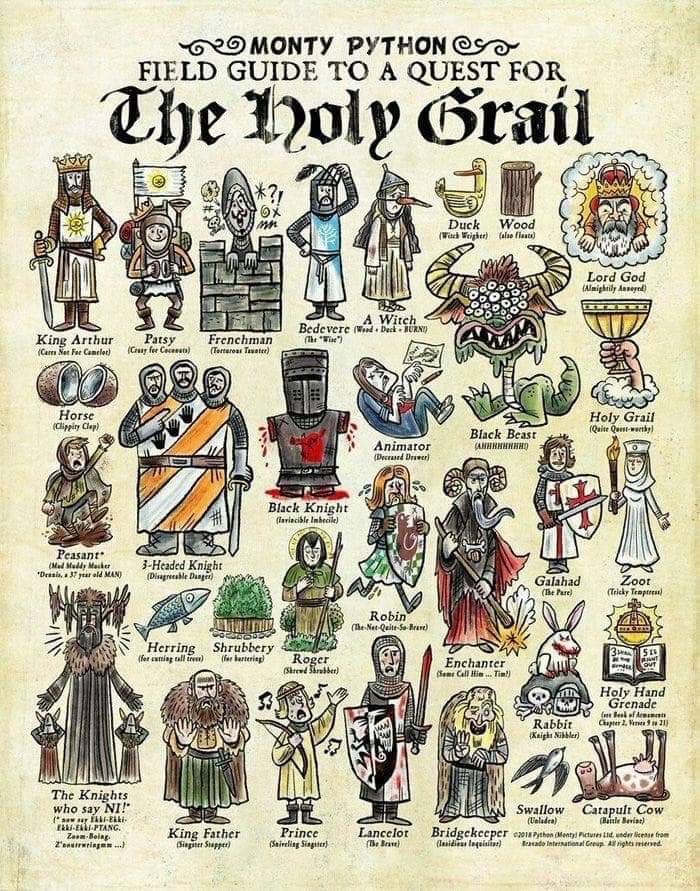 The world seems to be divided into two groups of people… Those that love Monty Python and those that don’t.

I hate to admit it, but I’m firmly in the camp of people that either don’t like, or don’t understand Monty Python. Trust me I’ve tried. On numerous occasions I have dedicated a night to trying to will myself to enjoy Monty Python and the Holy Grail. I think I’ve gotten to the point where “I get it”, but it’s just not for me.

If you are one of the Monty Python fanatics, then this visual guide is perfect for you.

This shows all of the important characters in Monty Python and the Holy Grail. Of course you have King Arthur, Patsy, and their faithful horse (a coconut).

Whenever it comes to analyzing a cult film such as this one, I love looking back at the critical reception of the film at the time of release, and how it has evolved over the years. As you would expect with a film like this, reviews were mixed when it first debuted. As of today the film has top notch reviews across multiple review sites like rotten tomatoes and IMDB.