A Guide to Understanding Movie Ratings 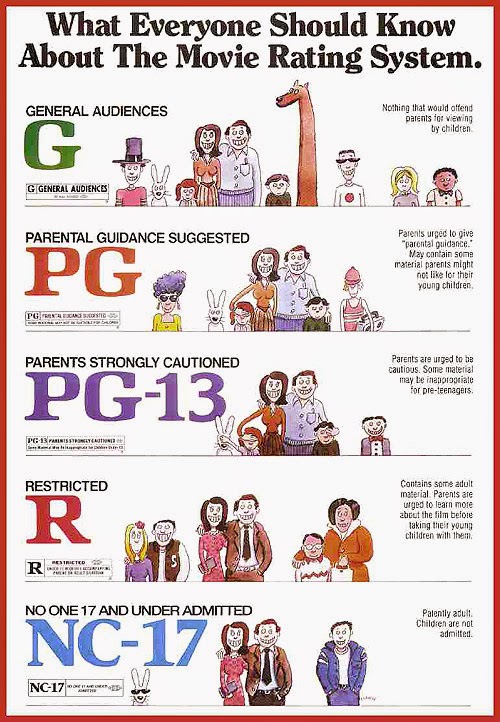 The movie rating system is a way for parents to know whether or not their kids should watch a given film. It’s important to note that even if a film has been rated PG-13, it doesn’t mean that all children under 13 should be allowed to see the movie. It’s the parent’s decision to make.

The ratings are designed to serve as guidelines for parents and guardians. In general, any child who is 16 or younger should not be seeing an R-rated film without parental supervision. Additionally, any child who is 17 or older should be able to see any film regardless of its rating (with the exception of NC-17).

Here’s what each rating means:

The G rating is the most common rating for family films. These movies are suitable for all ages, so you don’t have to worry about your kids seeing anything inappropriate. The main thing that a movie needs to get a G rating is no sex or nudity, and no violence or swearing.

You’ve probably seen a PG movie or two, but you may not know exactly what it means. The rating comes from the Motion Picture Association of America (MPAA), who rate films based on their content. There are three levels of ratings: G (for General Audiences), PG (Parental Guidance Suggested), and R (Restricted). The rating most commonly associated with this category is PG-13, which falls just shy of an R rating. When you see a movie with a “PG” rating, parents should be aware that the film may contain some violence or other mature content that could potentially disturb younger children. This is especially true if they have yet to develop critical thinking skills around these types of issues.

PG-13 movies are considered okay for teenagers 13 years of age and older, but parents are urged to use their own discretion before allowing their children to see them. Some PG-13 movies contain profanity and violence, as well as some sexual content. The Hunger Games is an example of a PG-13 movie that’s appropriate for adults and teens 13 years of age or older because it contains some mild profanity, violence and brief nudity.

You may not be able to watch R-rated movies without a parent or adult guardian, but that doesn’t mean you shouldn’t be aware of them. Movies rated R contain graphic violence, explicit language, and nudity—and those are just the things that parents don’t want their children exposed to! If you’re still interested in this type of content (and legally old enough), check out some examples at the end of this article.

If you see the NC-17 rating on a movie, it means no one under 17 will be allowed in the theater. This is not a bad thing! It’s a rating that has been around since 1990 and can be used in any type of film (not just R-rated movies). The first ever NC-17 film was Henry & June, a drama based on Anaïs Nin’s book by the same name. The movie chronicles the love affair between Henry Miller and his second wife June Miller, who were important figures in post-war literature during their time together in Paris. Despite having an R rating due to its nudity and sexual acts depicted on camera, Henry & June was released without issue under this new category of “adults only” films due to its artistic value being considered too high for children or teenagers to see at home without supervision from their parents first!

There are several movie ratings, but they all mean the same thing.

There are several movie ratings, but they all mean the same thing. The Motion Picture Association of America (MPAA) provides ratings for movies based on the opinions of a panel of parents who watch the film and rate it based on its content. These ratings are not legally binding, so they’re more like guidelines than rules. Some people think that these ratings don’t go far enough in explaining what’s in a film or what makes it inappropriate for some viewers to see alone or with younger children, but if you’re unsure about whether or not your child should see a particular movie, you can always look up its rating online before taking them to see it at the theater!