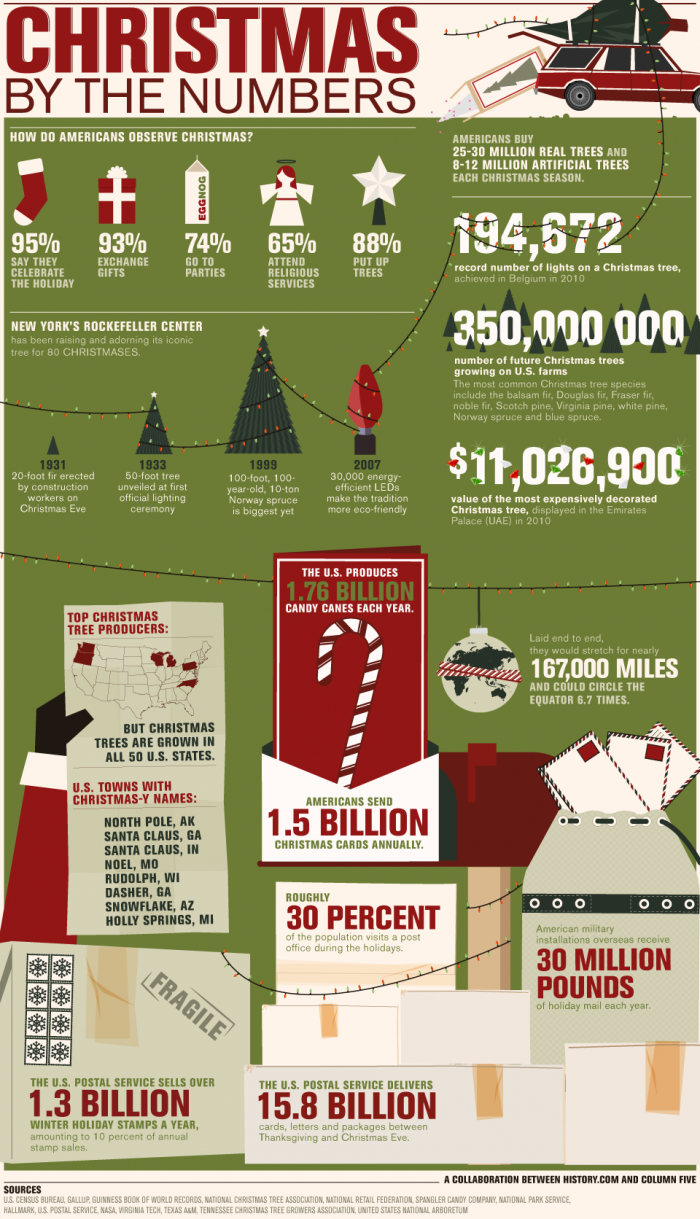 Here is everything you need to know about Christmas is one easy graphic. This data visualization is packed with Christmas statistics and facts…

What do Americans do for Christmas?

Christmas started out as a religious holiday, but has become a huge part of American culture regardless of religious affiliation. So how do Americans celebrate Christmas?

Where are most of these Christmas trees produced? Christmas trees are actually grown in all 50 U.S. states, but the largest producers are Michigan, Wisconsin, Oregon, Washington, Pennsylvania and North Carolina.

Now lets look at some mind blowing facts about the scale of the Christmas season and how it impacts different areas of the economy.

Christmas is without a doubt the biggest holiday in the United States, and accounts for a significant portion of economic activity in each calendar year. Merry Christmas to everyone!