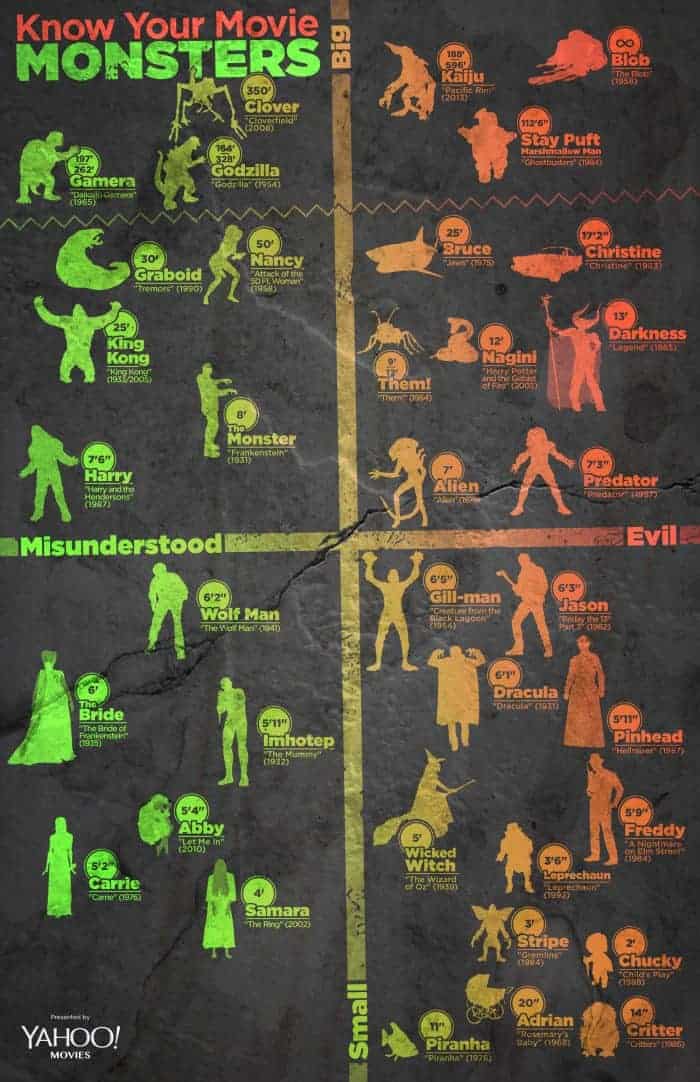 I leaped over the chain link fence surrounding the abandoned warehouse just after narrowly avoiding the deadly swipe of Jason Voorhees’ machete. Godzilla screeched in the distance as the blood curdling cackle of the Wicked Witch of the West nightmarishly harmonized with the howl of the Wolf Man.

Monsters. I was surrounded by monsters.

Every night terror I previously had could not have prepared me for the haunting reality I now faced. I was living in a hell that only Hollywood screenwriters could have imagined.

I ran past a horde of blood-thirsty gremlins and pulled out the last arrow from my quiver and clumsily loaded it into the bow. I took aim at an approaching alien and with cosmic precision, nailed the arrow into the creature’s skull.

Tom yelled from behind.

“We have to get to HQ! Ground control is about to launch a full-on nuclear air-strike!”

I felt a rumble underneath my feet as a graboid erupted from the ground, strangling Tom with its hideous tongues. I struggled forward. I had just lost one of my most valuable men, but more importantly, I had lost a dear friend. There was no time to dwell on it. I knew this, and I knew if I had, I would not have been able to have kept going.

I knew that my only focus was survival. And this was only the beginning. [via]