News Media Bias Chart… Are You Getting Real News? 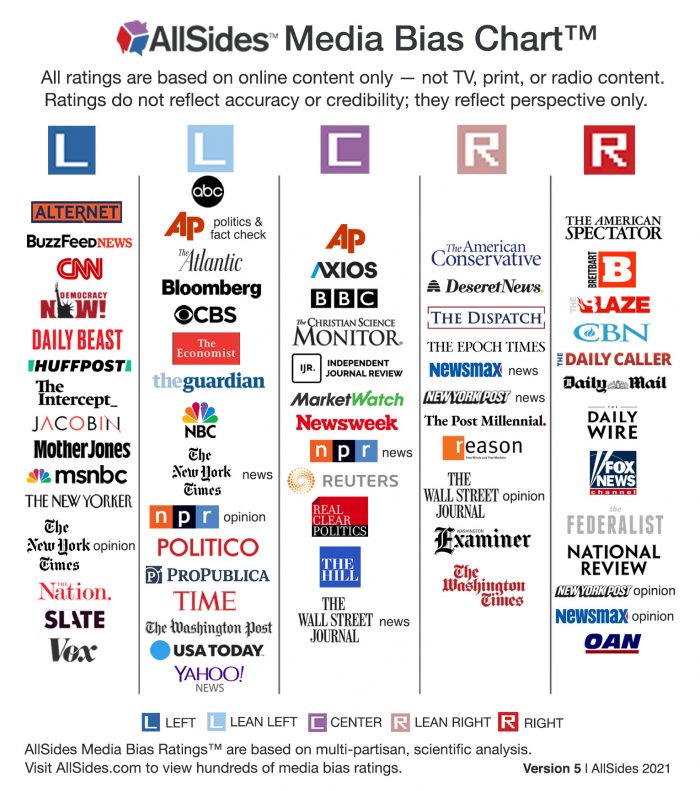 This news media bias chart is a visual representation of the direction a media outlet leans. It’s important to get a good mix of news from sources across the spectrum to understand all side of certain issues.

The first thing to understand is that many outlets have a News Division and an Opinion Division. Generally the news portion will try it’s best to stick to the facts with injecting as little opinion and spin as possible. The opinion section will lean much more strongly to one side of the political isle.

It makes sense to go to these outlets to get the facts of a particular story, and then go to your preferred news outlet to see the way they cover it. The same story and facts are often covered in different ways by placing emphasis on certain things while not mentioning or deemphasizing other things.

Unbiased is a bit of a misnomer when it comes to news, because bias begins to creep into everything. For that reason the best option might just be to consume a balanced diet of news and get perspectives from each side of the aisle.