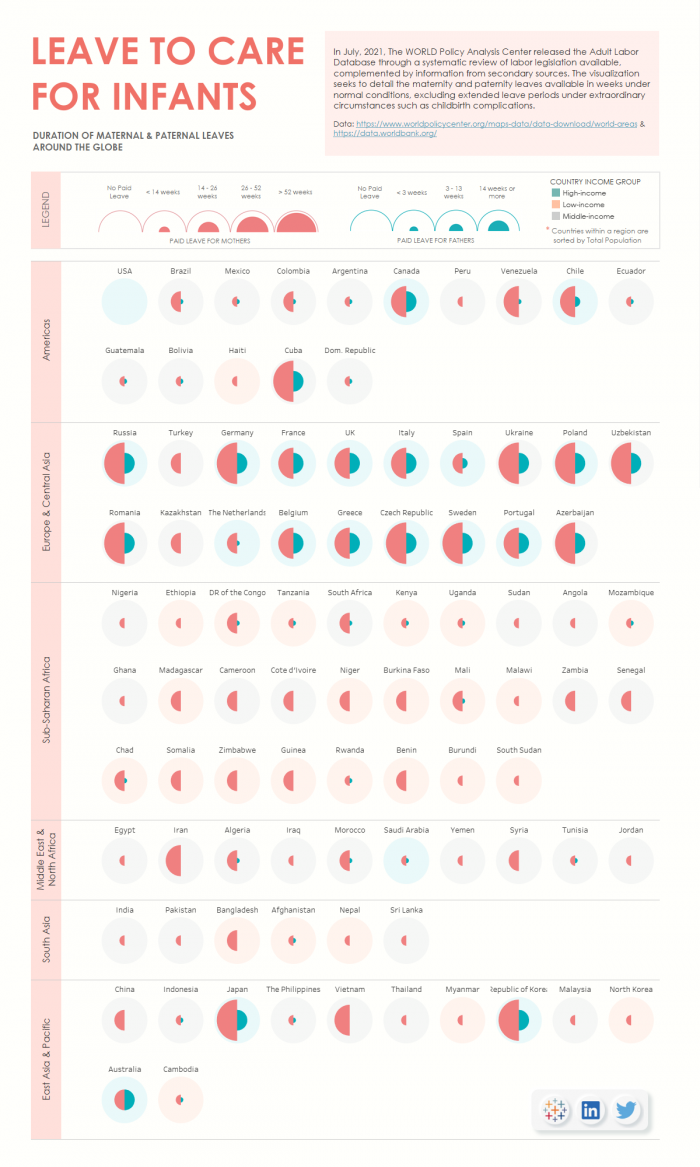 Which Countries Give The Most Maternity Leave?

Compared to leave for new fathers, maternity leave is a much more standard practice and has been around for some time. The mother needs to recover from giving birth and the newborn is reliant on the mother, so it makes sense that they would have some mandated time off of work.

In much of the developing world maternity leave is much lower.

The USA is a notable outlier in this dataset. While no paid leave is mandated by the government, up to 12 weeks of unpaid leave is allowed. Companies often choose to offer paid leave even though it is not required.

Which Countries Give The Most Paternity Leave?

Paternity leave is a relatively newer issue, but has been gaining steam lately. The patterns for paternity leave closely follow those of maternity leave, with the same countries topping the list. In nearly all cases paternity leave is much lower than the leave granted to new mothers with a notable exception of Australia, which grants mothers and fathers equal leave.

An outlier in this data set appears to be Africa and the Middle East, which do not give very much paternity leave across the board. Much of this is likely due to cultural factors and a lack of workforce participation by women relative to European countries.

Both maternity and paternity leave have been increasing in recent decades and there is no reason to think that will stop. As countries become more affluent the expectation that new parents be given time off to concentrate and care for their families is becoming accepted.