The State of Democracy Around The World 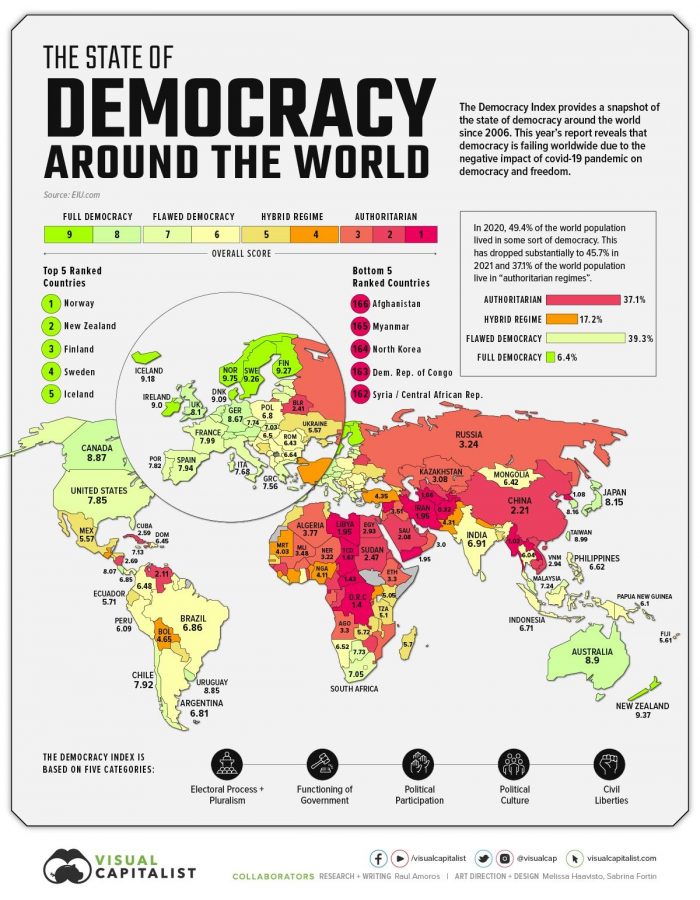 In this article, we take a look at how democracy is faring around the world and what’s being done to combat attacks on its fundamental principles. We’ll discuss some of the most common threats that threaten democracy, including misinformation campaigns, foreign interference in elections and other forms of election manipulation. You’ll learn about how democracy has been steadily declining over the past decade as well as some possible solutions to reverse this trend.

Democracy has been on a steady decline since 2005. Democracy is a system of government where the people have some say over their leaders. It’s not an ideal system, but it’s better than the alternatives (for example, a dictatorship). Democracy can be undermined by leaders who have authoritarian tendencies or even more extreme ideologies. Examples include Donald Trump in the US and Narendra Modi in India – both men are accused of undermining democratic institutions through their policies and rhetoric. In 2005, there were 55 countries that had a free press; today only 30 remain free. We’ve seen a rise in nationalism and xenophobia across many Western democracies which has led to increased verbal attacks against immigrants, refugees, minorities and others who are seen as non-Christian or non-“white”. This is all happening even as we continue seeing an increase in globalisation; people from all over the world are travelling more frequently than ever before

Global powers utilize tactics like using social media to spread misinformation and attempting to control media content. Social media is a powerful tool that can be used to spread misinformation or control content. It can also be used to control elections and public opinion, by planting stories in the news cycle that are not based on fact or by censoring or removing posts that don’t align with their particular agenda. This type of manipulation has been seen time and time again on social media platforms like Facebook and Twitter, where fake accounts are created solely to spread false information (such as claiming an earthquake has occurred), which then gets picked up by legitimate accounts with large followings and spread across the internet. The same tactic has been used when someone tries to silence opposition voices through blocking them from posting their opinions online because they disagree with them politically; this kind of censorship enables global powers like Russia and China who want to maintain power at all costs despite how it affects democracy around the world.

Democracy is being threatened worldwide, with leaders strategically employing tactics that undermine democratic processes and civic rights. Since the end of World War II, democracy has been on an upward trajectory. Since then, there has been a strong correlation between high levels of democracy and economic growth across the globe. In fact, countries with higher levels of economic development are more likely to be democratic, and vice versa: Nations that are highly democratic tend to have stronger economies than those that are less democratic.

These findings show that democracy is under serious threat. As global powers continue to try and use social media as a tool for their own gain, we need to pay attention and work together to protect it.