Timeline of the Most Iconic Cars in Film History 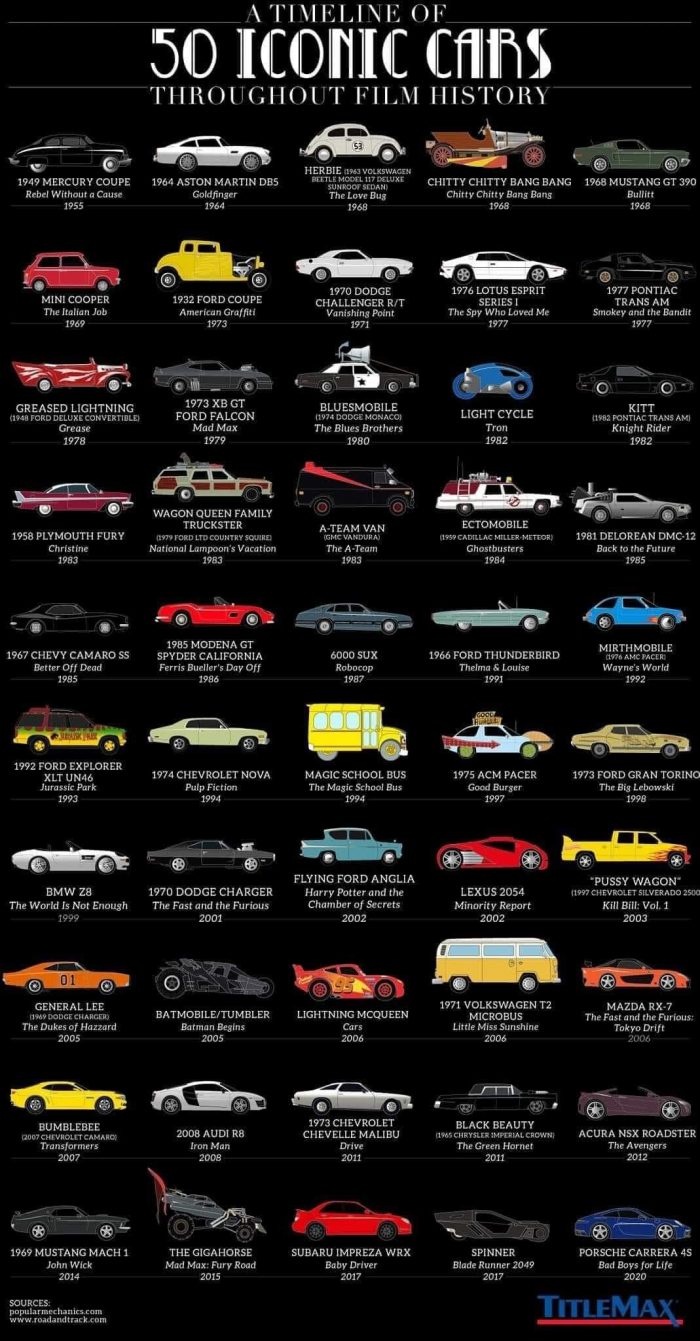 The relationship between car and cinema goes back to the early days of the industry, but it wasn’t until the 1970s that Hollywood began to take it seriously. Since then, movie studios have spent millions on marketing tie-ins with manufacturers. The following list includes some of the most famous cars ever to appear in a film. The history of the car has been dominated by Hollywood and its depictions of automobiles, who together shaped our view of how a car should look, sound and perform. In this list we’ve tried to bring together some of the most famous vehicles in movie history.

If you’re like me, you’ve spent way too many hours of your life watching movies. And if you’re like me, that’s probably because they’re awesome. I love cars and I love movies, so this list is dedicated to the two things that bring out my inner child: cars and movies.

Yes, cars are great, but they’re even better when they’re on the silver screen. We’ve all seen our favorite vehicular characters on-screen — like Lightning McQueen, Optimus Prime and the Delorean — but there are more than a few who have enjoyed their time under the bright lights of Hollywood fame. These iconic vehicles have been featured in some of your favorite films, ranging from kids’ movies to adult dramas and comedies. In celebration of these special rides that have made such an impression on pop culture history and influenced generations of car enthusiasts alike (after all, if we didn’t love cars so much today then why would we get excited about them?), here is a look back at some memorable vehicles from film history:

So there you have it—the most iconic cars in film history. Every one of them is a classic, and many are still very popular today. If you’ve ever wondered what your favorite movie car would be like to drive or just wanted to know some fun facts about these iconic vehicles, hopefully this post has answered both questions!