The Surprising Ways That Brits Shop and Pay

A survey of 1,500 Brits asking about their shopping and paying habits has revealed some surprising information about how Brits spend their money. Believe it or not, millennials are most conscientious.

Consumers between 16 and 29 years old deliberate more about what to buy, and 75 percent feel guilty after buying something. On the other hand, only 50 percent of people between 45 and 49 years old feel guilty about shopping. This age group is also more likely to respond to personalized offers.

Your phone is probably influencing you more thank you think. Social media advertising influenced the purchases of one-third of consumers, and women were more likely to be swayed. So to all you Facebook and Instagram advertisers out there, making it easy to pay with just a few clicks after they see your ad could pay off!

When it comes to paying, having multiple payment options is important to most consumers, and payments should process as quickly as possible — 57 percent said they would abandon a purchase if it took too long to pay.

Only 13 percent of British consumers have used Apple Pay, while 88 percent regularly use debit and credit cards. Surprisingly, the oldest age group of people over 60 years old spent little time debating a purchase and showed the most delight once their purchase was made.

What You Should Know When Making Social Media Videos 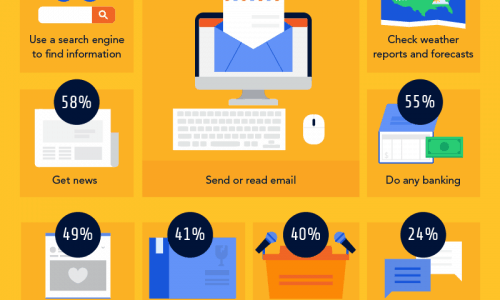