The Truth Behind Women In Film 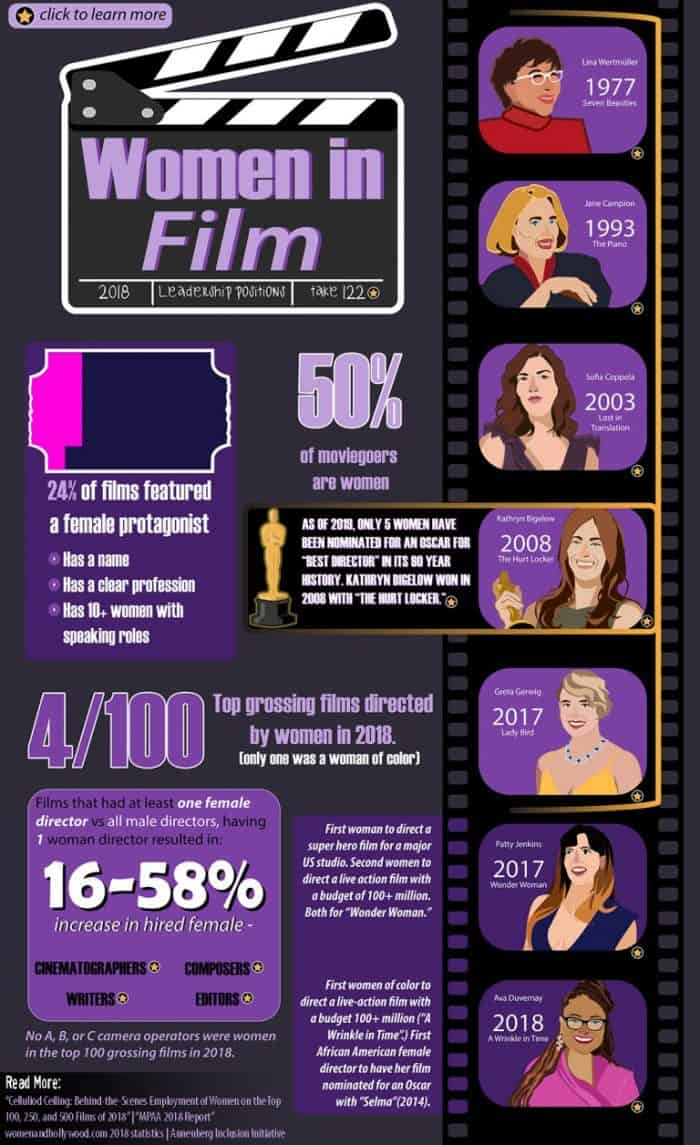 50% of moviegoers are women. One would hope that this constitutes a solid financial (not to mention moral) incentive to elevate women’s voices and stories in the movie industry, but alas, society is still playing catch-up. As of 2019, only five women have been nominated for a best-actress Oscar throughout the entire 90-year reign of the awards show. Kathryn Bigelow won most recently, for 2008’s The Hurt Locker.

Taking it a step further, only 4 out of 10 of 2018’s top-grossing films were directed by women, and only one was directed by a woman of color. These numbers don’t just represent a symbol or statistic, either. When movies with at least one female director were compared to movies with only male directors, the female-led movies showed a 16-58% increase in female cinematographers, writers, and editors.

But for the present day, it appears that movie studios prefer to engage in the endless remake and reboot franchise cycle rather than feature some new and inspiring stories or let female directors into the boys’ club.

What You Need To Know About Disney Princesses

May 22,2021 added by Jayden Entertainment