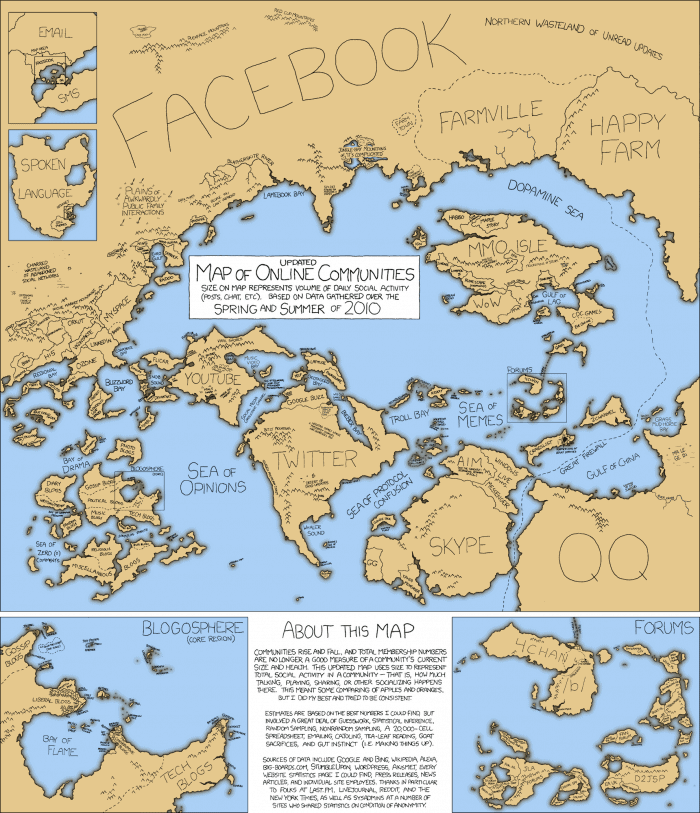 Unlike many of my generation, I reluctantly signed up for a Facebook account in my first year of college. Everyone was doing it, and though I have never been one to â??jump off a bridge just because all my friends are doing itâ? thankyouverymuch, I eventually caved in. That is the extent of my social networking. I have never tweeted, though I think the Twitter logo is adorable, and I have only a vague notion of how one partakes in Farmville. I only out myself as the social media Grinch that I am to show how out of character this post is. I present here, for your consideration and enjoyment, an infographic depicting the vast world of online social networking communities.

The artist did some research in 2010 to determine the daily social activity of various social networking sites, and created this flawless map that I now want to print and stare at. Not surprisingly, the ubiquitous Facebook sprawls across the top of the map, dwarfing its neighbors, and leading to the â??Northern Wasteland of Unread Updates.â? A place I have been, many times. [via]