The Evolution of the Superhero Movie 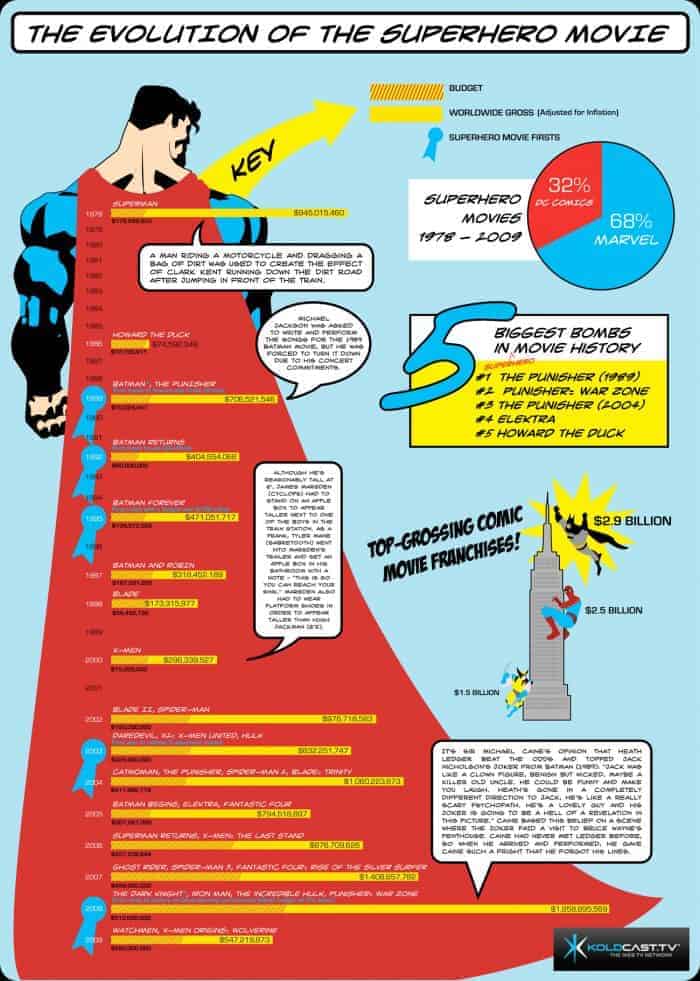 Superheroes have been quite prominent in American culture for the past few decades, thanks in part to the utter explosion of comic book crusaders starring in their own movies lately. In fact, just to give you an idea, there have been over 64 major American superhero films in the last 10 years alone – an average of sixÂ per year since X-Men came out! That number trumps the number of similar releases in the 26 years previous to that. It seems that these movies are on an exponential upswing in Hollywood production.

As this infographic shows, the first big superhero movie that came out was Superman in 1978. Although I love this movie, it does have a bit of a naive outlook on the world. Also, it firmly stamps the idea of white dudes maintaining the status quo of society. I mean, I know that it’s a freaking comic book movie, but you can’t deny the patronization that some of these movies show. Though the infographic doesn’t really address this, the rest of this infographic shows more trivia and the general proliferation of box office super-movie hits.

I do wish this infographic had gone into some the societal implications of superheroes a bit more, but that may just be because I found this infographic on the awesome YouTube channel PBSIdea. A lot of interesting thoughts are raised about the cultural impact of these kinds of movies. But what do you think, is this analyzation going to far? Are superhero movies more than just popcorn fluff? Leave some of your opinions on the comments down below! 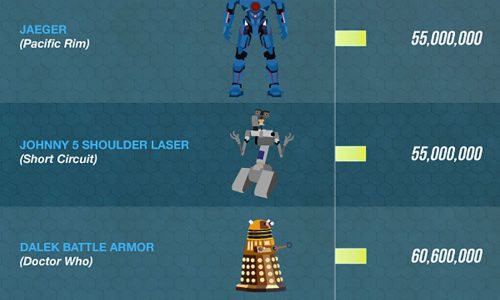