Netflix is Making Billions of Dollars… 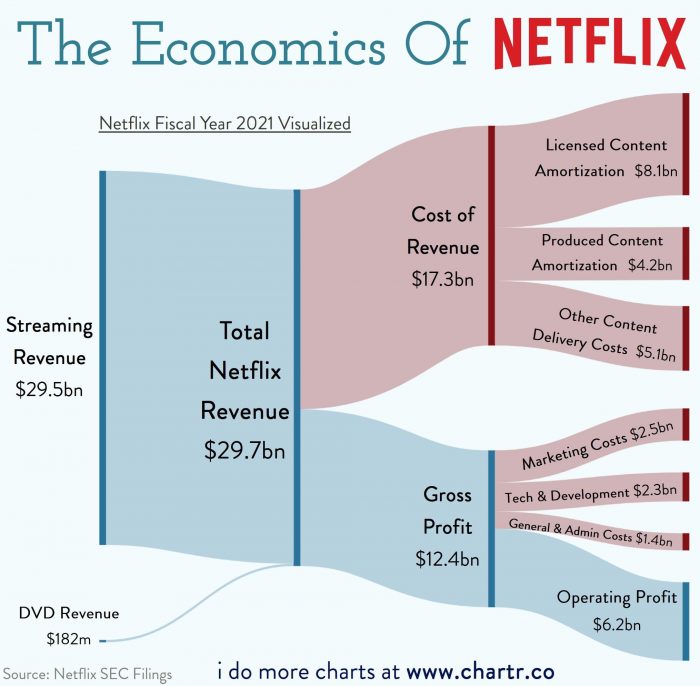 Netflix is making billions of dollars a year, and there’s no reason to think the trend will stop anytime soon.

In 2021, Netflix is projected to make over $36 billion in revenue. With just over 204 million subscribers worldwide, that’s $175 per subscriber per year—more than most people spend on their monthly cable TV bills! Of course, this success has come at a cost. Netflix is now the world’s leading internet company by market capitalization, meaning that investors are willing to pay more for shares of Netflix than any other internet company. This has made it harder for other companies to compete with Netflix for investor capital. But for consumers, this is good news! The more money Netflix makes, and the more valuable it becomes to investors, the more money it has to spend on original content… and the more choices they’re able to offer you!

The main reason for this is the industry landscape is much better for streaming services. Netflix makes most of its revenue from its streaming business, which is less competitive and has higher margins than DVD-by-mail. DVD rentals are currently in decline, but Netflix has kept its DVD business up and running to protect the millions of subscribers it still has. Given that it’s unlikely to lose many more subscribers in this business, Netflix can keep it around as a cash cow while focusing on growing the streaming service (which has higher margins). As a result, Netflix’s growth rate in this segment is phenomenal compared to any other media company.

Well, that’s because it has many other moving parts to its business model. You see, since 2011 Netflix has been generating most of its revenue from membership fees rather than licensing fees. As a result, even though it is making less money from this particular source than before, it doesn’t really matter to the bottom line because there are so many other sources of income pulling in money for the company.